By Willam Lloyd: Undefeated welterweight contender Conor Benn will be returning to the ring in March or April, possibly against Adrien ‘The Problem’ Broner.

Benn looked sensational in his last fight, knocking out Chris Algieri in the fourth round on December 11th in Liverpool, England.

Benn’s promoter Eddie Hearn is still working on trying to get Broner (34-4-1, 24 KOs) to agree to the fight, but as of now, AB says he wants a tune-up because he hasn’t fought since last February.

Broner would be ideal for Benn due to his popularity and ability to sell his fights. Benn’s last opponent Algieri lacked in trash-talking, which the event needed to create interest from boxing fans.

If not Broner, Hearn would like Benn to face former world champions Robert ‘The Ghost’ Guerrero or Shawn Porter.

Of those two, the former IBF/WBC 147-lb champion Porter (31-4-1, 17 KOs) would be the ideal opponent for the 25-year-old Benn (20-0, 13 KOs), but Shawn recently retired after his tenth round knockout loss to Terence Crawford last November.

It’s doubtful that Porter will budge from his retirement until Hearn lures him a lot of money, and he might be out of his price range.

“He’s just gotten a note from a major sports news site where he’s been named worldwide prospect of the year,” said Hearn to iFL TV on Conor Benn.

“I’m really proud of Conor Benn because you remember when he came in the gym, and if you look back at the pictures now, he was all over the place.

“He was a young kid with a lot of heart and great genes. Tony [Sims] has done a great job with him, but to do a great job with a fighter, you need a fighter that goes above and beyond in terms of their willingness to learn and their work ethic in the gym.

“He deserves everything he’s got. He’s got a great year, three fights. Samuel Vargas, Adrian Granados, and Chris Algieri. First round knockout, points win, and whatever it was fifth round knockout [4th round].

“His progression is perfect, and I know some people don’t like him and want him to move faster or think he’s there because of his dad or whatever.

“Trust me, this kid can fight, this kids a gem, and we’re going to move him at a perfect pace,” said Hearn.

The 38-year-old ‘Ghost’ Guerrero has been out of the game for too long for him to be useful for Benn in terms of getting boxing fans excited about the fight.

Benn would be better off fighting an active welterweight with more ability and is younger, which can give him a good test.

Conor doesn’t want to get a reputation for ONLY fighting older fighters nearing 40, and that’s what many U.S boxing fans see him doing.

Good options for Benn’s next fight:

Benn could become a global superstar

Hearn wants Benn back in action in March or April, leaving little time for him to sign the inactive 32-year-old Broner.

If Hearn is going to get a good opponent for Benn, he must act quickly because the good fighters aren’t going to agree to fight a dangerous puncher like Benn on four to eight weeks’ notice.

“I’d love to make the Adrien Broner fight,” Hearn continued. “I spoke to Broner the other night. He would like to have a fight first at 140.

“I don’t believe he can still make 140. Like how confident can you be that he makes that weight, but he’s not against the Conor Benn fight. But whether that fight happens in April, we’ll see, but he needs a big fight in April.

“We’ve got a pretty big track record of bringing stars through, so let us do our thing with Conor Benn because this kid could be a global superstar.

“There’s still a long way to go, still improvements to be made, and still levels to be crossed, but he’s in a great place, Conor Benn, and he’s had a fantastic 2021.

“March or April,” said Hearn when asked when Benn will be fighting next.

David Diamante is recovering from a motorcycle accident

“We obviously heard that news and the basis for that news, and I’m so glad he’s OK,” said Hearn about DAZN announcer David Diamante being badly injured in a motorcycle accident last week in Brooklyn, New York. 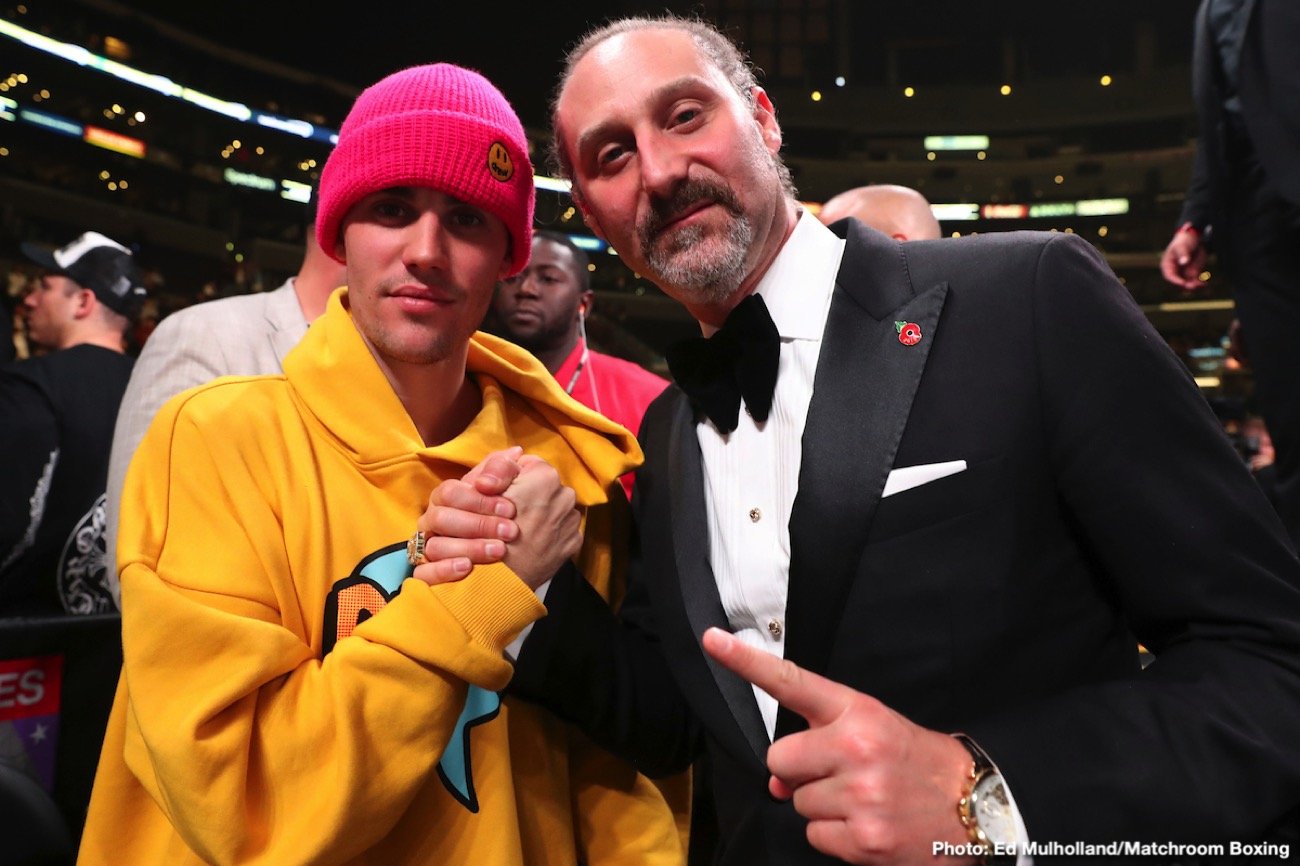 “It sounds like a terrible accident that could have cost him his life. Thank God he’s still with us.

“It sounds like he’s got a long road back, but obviously, we’re here to support him and help him and give him our wishes and blessings.

“I know everyone at Matchroom is very fond of David, as is all of our fighters, and the boxing community wishes him all the best, and we’re supporting him every step of the way,” said Hearn about the injured Diamante.

Hopefully, David Diamante can recover 100% and get back with announcing fights for DAZN and Matchroom Boxing. As far as this writer is concerned, Diamante is the best.