‘An outstanding young person’; Gary Neville admits he got it wrong on West Ham superstar

Gary Neville confessed that he completely misjudged Declan Rice early in his career and now rates him as one of the best footballers around.

Rice, 23, is one of the hottest properties in the English game after his displays for West Ham and England. The midfielder burst onto the scene as a teenager and made 31 senior appearances for the Hammers in the 2017-2018 season. He has now enjoyed 171 outings in all competitions for the East End outfit, scoring eight goals.

And Gareth Southgate has handed him 27 England caps following his 2019 debut. The Kingston upon Thames-born schemer starred in last summer’s delayed Euro 2020.

And he has been in superb form for David Moyes side this term as well, with 26 outings and three goals. The youngster looks set to play a key role for England at this year’s World Cup in Qatar.

Neville gave a less than flattering appraisal of Rice when he first appeared in the Premier League. And the Sky Sports pundit was big enough to admit that he got it spectacularly wrong.

“Thought of the Week: ‘Don’t go too early’,” he wrote on LinkedIn, per The Express. “This is something that I often say to myself in punditry.

“You form a view on something either in haste or we always tell ourselves sayings like ‘trust your first instincts’, ‘I knew I didn’t like them after 5 mins’.

“However I interviewed Declan Rice this week for the overlap and I judged him as a young player at West Ham.

“I have to say I got it completely wrong. What an outstanding young person. Authoritative, confident, humble and quite simply the most impressive young footballer I’ve interviewed in 11 years.

“He’s also a fantastic talent and I went too early.”

Unsurprisingly, Rice has been linked with many clubs due to his stellar displays. Moyes values the tough-tacking midfielder at more than the £100m Manchester City paid for Jack Grealish.

City chief Pep Guardiola is a big fan of the talented star. But it is Manchester United that have been linked with a move for the ex-Republic of Ireland player. 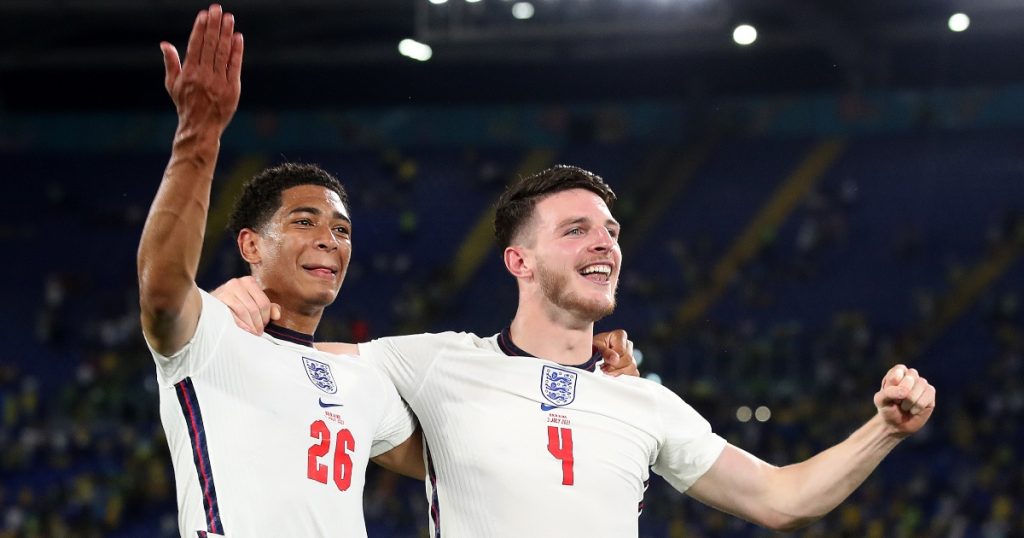 It remains to be seen if they could match West Ham’s valuation. The Red Devils have yet to spend £100m on a player but they may have to go that high if they want Rice.