Arsenal have been joined by a heavyweight suitor in the race for Alexander Isak, though the second in a two-part update may prompt a Mikel Arteta re-think anyway, according to a report.

Arsenal were left empty-handed in their search for a new centre-forward last month. The Gunners chased Dusan Vlahovic throughout January, but it was Juventus that would go on to sign the Serbian marksman.

Other targets had been touted, most notably Alexander Isak and Dominic Calvert-Lewin. But when the transfer window slammed shut, Mikel Arteta was left with fewer options than when he started.

That scenario came via Pierre-Emerick Aubaneyang’s move to Barcelona. And with Alexandre Lacazette and Eddie Nketiah out of contract in six months’ time, a big summer spree is expected.

The Mirror recently suggested Arsenal may already have their long-term centre-forward on the books.

Nonetheless, common sense would dictate at least one new face will be added to the forward ranks ahead of next season.

22-year-old Sweden international Isak could fit the bill. The Real Sociedad forward has been tracked at the Emirates for some time.

The Sun stated Arsenal may be required to pay Isak’s £75m release clause in full if a deal is to be made. Given his contract at Sociedad runs until 2026, the Spanish outfit are under no pressure to sell.

However, the latest update from Spanish publication Sport may make Arsenal re-consider.

Firstly, they state Barcelona have now thrown their hat in the mix for Isak. The Swede has been named on a three-man shortlist of stars they would target if they’re unable to sign Erling Haaland in the summer.

Haaland holds a release clause worth roughly £63.4m that will activate in the summer. However, competition on that front is expected to be fierce. The other two names on Barca’s radar are Ajax pair Antony and Lisandro Martinez.

Some might believe a new striker is not required given Aubameyang has just signed. But at 32, the ex-Arsenal hitman’s days at elite level are on the clock.

Barcelona’s lure could prove pivotal if they firm up their interest in Isak, thus muddying the waters for Arsenal. However, the second update in the piece suggests Arsenal may be wise to steer clear anyway.

Sport state Barcelona already have doubts within their hierarchy as to Isak’s ability to cut it at the highest level.

With Kylian Mbappe reportedly heading to Real Madrid, we take a look at a long list of Real flops

Meanwhile, Arsenal may have an opening for the sensational return of attacker Serge Gnabry with a familiar issue haunting Bayern Munich.

Gnabry left the north London club in 2016 after a five-year spell on their books. He was seeking regular game time, something which he got in the Bundesliga. And his performances quickly grabbed Bayern’s attention before snapping him up just a year later.

Gnabry has since developed into a potent winger after registering at least 10 goals across each of the last six seasons. Understandably, the German giants want to keep hold of their native star and have recently engaged in new contract discussions. 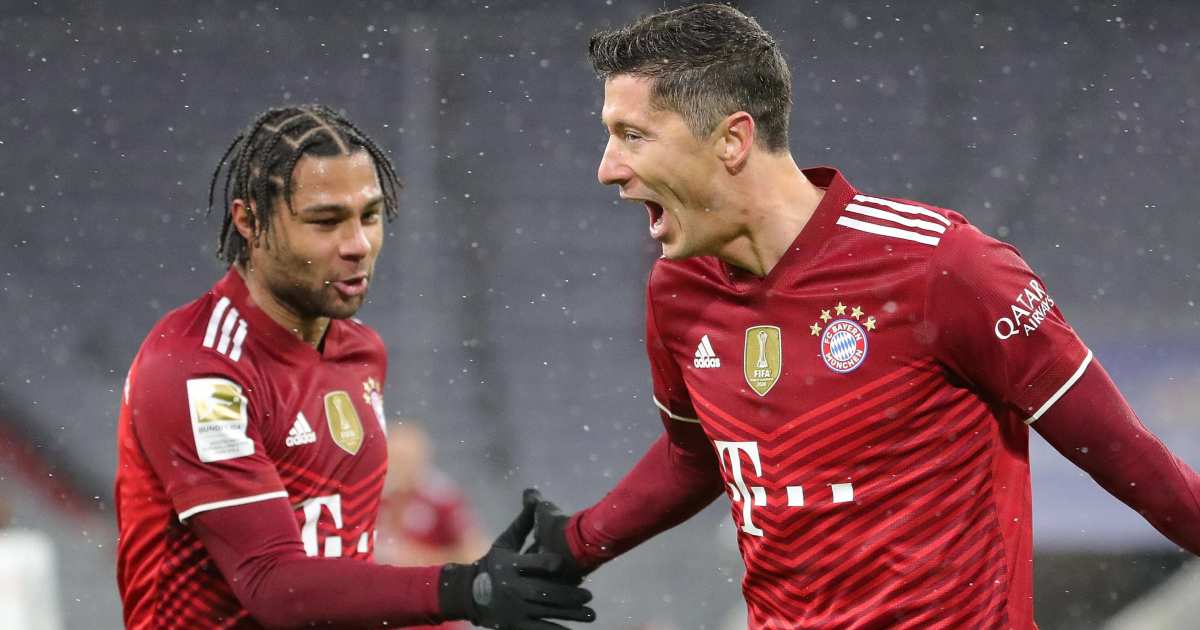 The 26-year-old is now into the final 18 months of his current deal. And despite months of talks, he is yet to re-sign. As per Sky Germany, that’s because there is a significant gap in the weekly wages that Gnabry wants and what he is being offered.

Crucially, he feels he should earn as much as team-mates Kingsley Coman and Leroy Sane.

Bayern have twice failed in this position recently due to money disputes. Real Madrid’s David Alaba left as a free agent last year. And now defender Niklas Sule has announced he will be doing the same this summer. It’s becoming too regular of an occurrence for them.

The report notes Real Madrid, Barcelona, ​​Manchester United and Liverpool are all lying in wait while Gnabry’s situation unfolds.

However, it is the Gunners who would appear to have the upper hand on their rivals. That’s because the man himself said they would be “favourites” if he returned to the Premier League in 2020.

That would likely be dependant on Mikel Arteta’s side being involved in the Champions League. So the pressure to make the top four this season has extra meaning.