Brendan Rodgers said Leicester City were “nowhere near” after they were knocked out of the FA Cup with a performance that has left him somewhat worried.

Leicester were winners of the FA Cup last season, but could not make it past the fourth round this time. Nottingham Forest stunned them with a deserved 4-1 win.

The Championship side took a three-goal lead in the first half before Kelechi Iheanacho pulled one back. But Forest scored once more after the break to confirm their place in the next round.

It is the latest setback for a Leicester side who – admittedly having faced some challenging circumstances – have not progressed as expected this term.

And losing to a fellow Midlands side made it an even more bitter blow for Brendan Rodgers.

Indeed, the manager claimed his side did not have the appropriate mentality or physicality.

Asked how disappointed he was, he told Match of the Day: “Very.

“The first words are for the supporters. You come into a derby game and looking to win the FA Cup again, the supporters will have expected to see the team play with more authority, aggression and a strong mentality.

“We apologise for that; that was nowhere near the level.

“We started OK, got into some good areas, misplaced a couple of passes that invites them into the game. To concede the second so early after the first puts us on the back foot. We did not find any rhythm and were really disappointing in the game.

“Today was about mentality. You have to be physical in any game of football. But away in the derby, it is about imposing the physicality and some of our boys just wanted to play football. They didn’t want to engage.

“It was good to have James Justin back and Wilfred Ndidi was up for the physicality. But we were nowhere near the level. We had a lot of the ball but didn’t create so much.

“It is a really poor performance. It is about hunger in the team. This team have been together for three years and I see some worrying signs with some of the players.

“We have to go again, get back in and have a tough game on Thursday.”

That game will be against Rodgers’ former employers Liverpool in the Premier League. 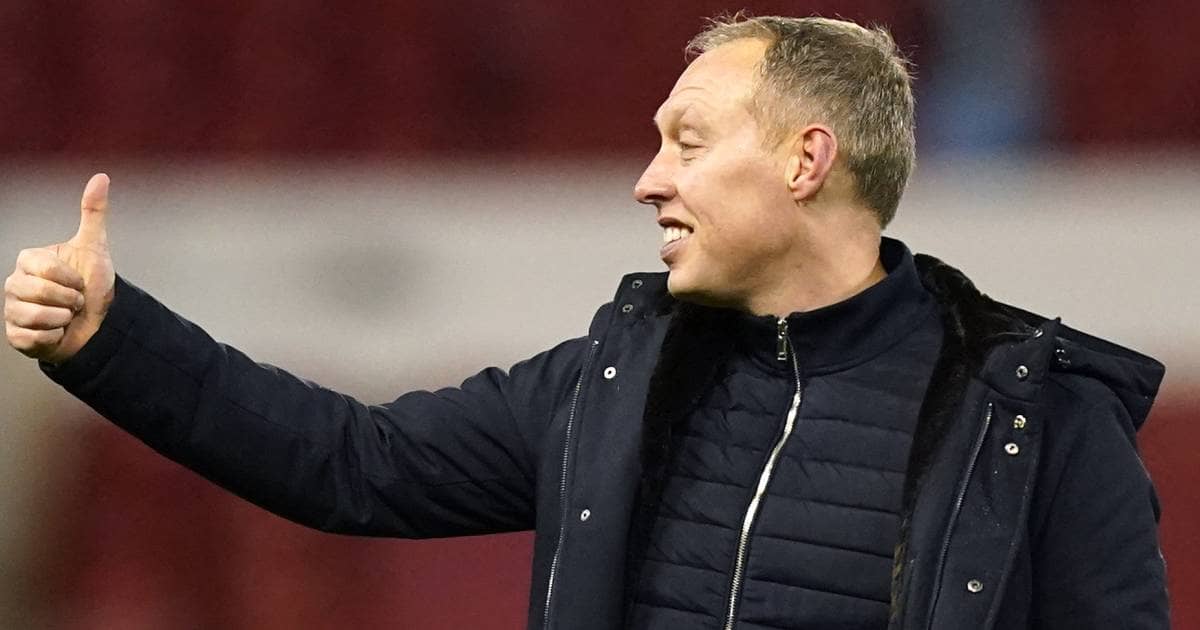 As for Forest, the cup run can continue. They will host fellow Championship side Huddersfield Town in the next round.

Their manager Steve Cooper wants to build something special at the City Ground and this was a step in the right direction.

Explaining how they achieved it, he pointed to their own stronger mentality. Cooper told Match of the Day: “It was about staying in the moment, staying focussed and carrying on as we were.

“The lads kept going, scored four, hit the bar and could have got one or two others. We were excellent and really pleased for the boys and proud of the club.”

He continued: “We are in the middle of trying to build something. We have to go to Blackburn on Wednesday and have to play.

“It is about what is next and we want to live up to the beliefs of the club. We want to build on things like today and have the right mentality and humility.

“We have really got to focus on Wednesday now. And the Championship feels like a game every other day. We have to put games to bed and move on to the next one.

“A brilliant day for everyone.”

‘Canelo Alvarez got his A** beat by Bivol’ says Rolly Romero

‘Canelo Alvarez got his A** beat by Bivol’ says Rolly Romero