Cristiano Ronaldo arrived at Old Trafford for his first spell at Manchester United in the summer of 2003, signing from Sporting for around £12million.

During his first spell at Old Trafford, Ronaldo scored 124 goals and won three Premier League titles and the Champions League, as Sir Alex Ferguson built a team to dominate the country.

Legends such as Paul Scholes and Ryan Giggs played alongside the Portugal international during this spell, whilst nine other players made their debuts in the same season as him.

Here’s what has become of the others who made their first appearance for the club during that 2003-04 campaign.

The American goalkeeper joined from Metrostars – now known as New York Red Bulls – for just under £3million and made his debut in the same game as Ronaldo, a 4-0 victory over Bolton Wanderers.

Howard would go on to make 77 appearances for the club before joining Everton in 2006, where he became a club legend with over 400 appearances in 10 years.

Signed as a long term replacement for an ageing Roy Keane, the Cameroonian midfielder never found his form at United and was sold after just 39 appearances in two seasons.

The defensive midfielder went on to play for 10 more clubs in his career, as varied as Burnley and Chennaiyin FC in India.

A star at Atletico Mineiro and “the driving force” behind Brazil’s World Cup win in 2002, there was a lot of excitement when United beat a number of clubs to sign the forward for around £7.5million in 2003.

But Kleberson got injured during his second game for the club and would play just 30 games for the club in two seasons, scoring twice.

Kleberson retired in 2016, after playing five times for Fort Lauderdale Strikers in Florida.

One of many United signings over the years who would fail to live up to the hype.

Saha was so good at Fulham that United paid over £12million to bring him to Old Trafford in January 2004.

The former France international started superbly, scoring on his debut against Southampton, and notched up seven goals in his first 10 games.

Saha would go on to score 42 goals in 142 games for the club before departing for Everton in 2008. The charismatic forward ended his career at Lazio in 2013, after spells at Tottenham Hotspur and Sunderland.

He really did peak at Fulham.

READ: Louis Saha: A brilliant striker, but never better than when at Fulham

A product of the United youth system, Bardsley made his debut for the club in the League Cup fourth round in December 2003.

The fullback would only make 18 first-team appearances for the club, leaving on five different loan spells, before joining Sunderland permanently in 2007, where he would play 200 times in seven years.

The Scotland international is still in the Premier League with Burnley but has failed to make a single league appearance this season.

The former FA Youth Cup-winning academy product made just one appearance for United, as an extra-time substitute against Leeds United in the League Cup in September 2003.

Here’s our interview with the former winger, who would go on to play for Bradford City and Chester before ending his career at Portland Timbers in the MLS.

READ: ‘He did the most audacious piece of skill’ – Ronaldo’s early days at Man Utd

Not to be confused with the current Premier League referee, Paul Tierney was a left-back who came through the United youth ranks.

Tierney made his debut in the League Cup in December 2003 against West Brom but would fail to appear for the club again and joined Livingston in 2005 after being released by United.

He most recently played for Altrincham in the Conference National League in 2008, but left the club after less than a month and hung up his boots.

A French striker who once drew comparisons with Thierry Henry, Sir Alex Ferguson fought tooth and nail to bring him to the club as a teenager from Sunderland for £2million.

Bellion scored in the League Cup win over Leeds United and would score twice more in his debut season.

The forward never settled, and after a few loan spells, joined Nice in his home country. He found his greatest success at Bordeaux, scoring 20 Ligue 1 goals in 114 games, before retiring at Red Star Belgrade in 2016.

The Henry comparisons were never apt. 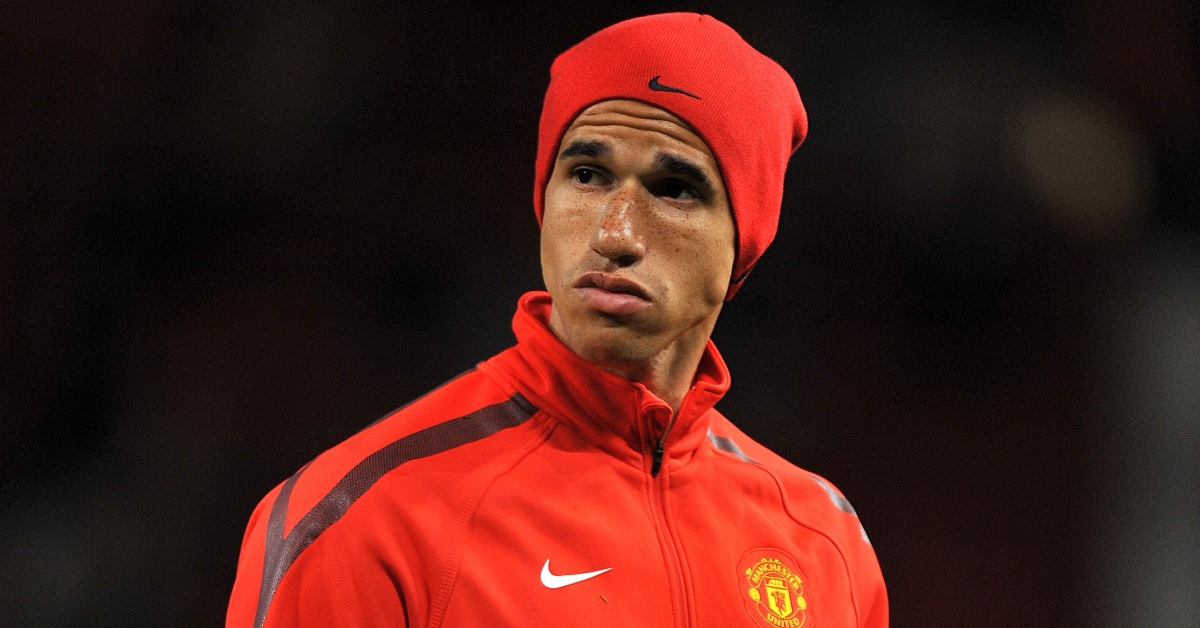 Eagles, like Johnson, made his United debut in the League Cup win over Leeds United in September 2003, as a half-time substitute.

The winger would play 17 times in five seasons, scoring once, before joining Burnley in 2008 after a few different loan spells away.

Eagles played for 14 different clubs during his career, retiring in 2020 after one season at Oldham Athletic.

Can you name every £10m+ player Sir Alex Ferguson signed for Man Utd?